Madame Dai Ailian played a vital role in modern Chinese dance development.  She was born in Trinidad and received her education in England.  During World War II, she returned to her motherland and along she brought with her was Laban's theory to China. The system and theory Laban and his pupils introduced had deeply influenced Mme. Dai’s choreography and teaching.

In the 1980s, Mme. Dai and her students spent weeks in rural areas in China to learn ethnic folk dances from locals and preserved them in Labanotation.  Later  "Eight Tibetan Folk Dances", "Eight Yi Folk Dances", and "Eight Chinese Nationalities Folk Dances" were published.  These folk dances are simple but reflect the life of people and aesthetic sense from their own culture.

May 10 is Mme. Dai's birthday.  Here is our tribute to her by sharing her notation scores with the permission from the National Ballet of China. 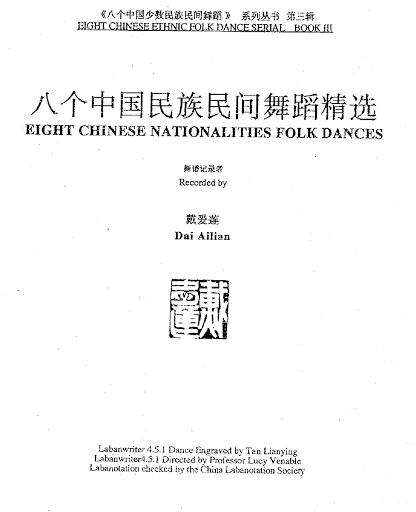 Posted by DNB Theory Bulletin Board at 10:15 AM 1 comment:

Notes From a Course in Correctives 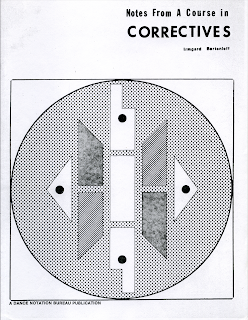 Five lectures and accompanying movement exercises which constitute an introductory course in correctives given by Irmgard Bartenieff at the Dance Notation Bureau.

The five sessions include:

1. Corrective: Its History and Terminology,

2. The Lower Unit: Initiation from Center of Weight - Locomotion - Change of Level,

3. The Rotary Element in Movement,

Posted by DNB Theory Bulletin Board at 3:02 PM No comments:

Four Adaptations of Effort Theory in Research and Teaching

Cecily Dell in the introduction stated:

"The four essays were originally lectures given in a seminar at the Dance Notation Bureau in 1968.  The authors collaborated in forming the first training program in Effort-Shape in the United States in 1965.  They have since become researchers and teachers in more specialized applications of Effort-Shape, and these essays reflect their current work.

The first essay explores the roots of Effort-Shape in Laban's early writings, while the second examines the theory in terms of its logic and consistency for scientific investigation.  The other two essays describe particular applications of Effort-Shape: one in movement training and re-training, and the other in cross-cultural movement research (choreometrics)." 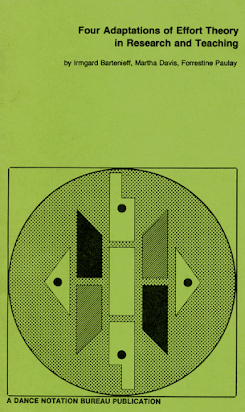 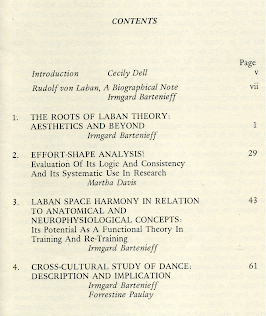 Posted by DNB Theory Bulletin Board at 4:35 PM No comments: 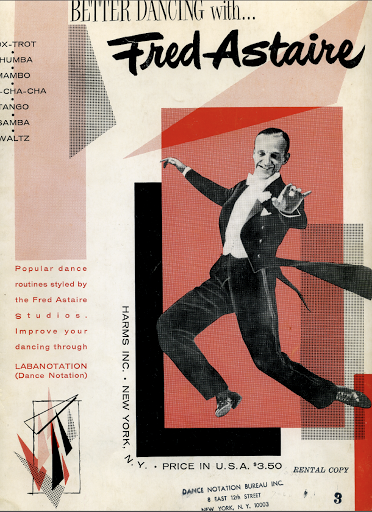 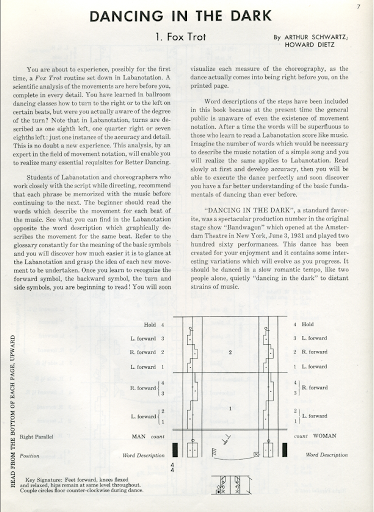 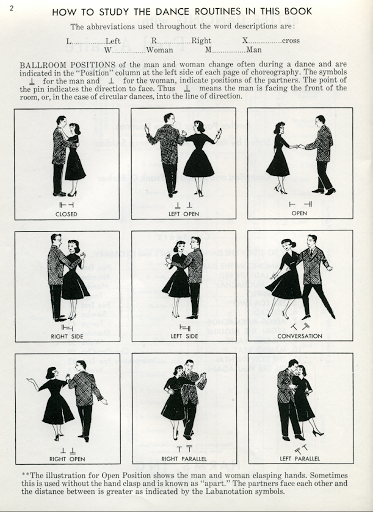 Posted by DNB Theory Bulletin Board at 12:15 PM No comments:

A Primer for Dance by Ann Hutchinson

A Primer for Dance was the first in a series presenting Labanotation in a manner understandable to student and teacher alike.  Ann Hutchinson introduced "The Language of Dance" through Labanotation to teach fundamentals of movement and the traditional steps on which all styles and dance forms are built.   The materials presented here are a selection of established forms rather than movements of a personal invention.

The book includes cut-out symbols, the characters Peggy and Pete who guide you to read and write dance notation, and music scores.

The illustrations are by Doug Anderson, the music is by Julia Aerts.  A Primer for Dance was published in 1958.

Please note the original book is wider than our scanner can accommodate, so some parts might be missing in the scanned version. 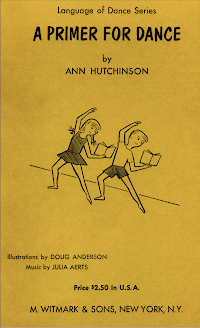 Posted by DNB Theory Bulletin Board at 11:22 AM No comments:

This is a transcription from a lecture given by Irmgard Bartenieff on June 11, 1962 at the National Notation Conference, sponsored by the Dance Notation Bureau.

Posted by DNB Theory Bulletin Board at 11:56 AM No comments: